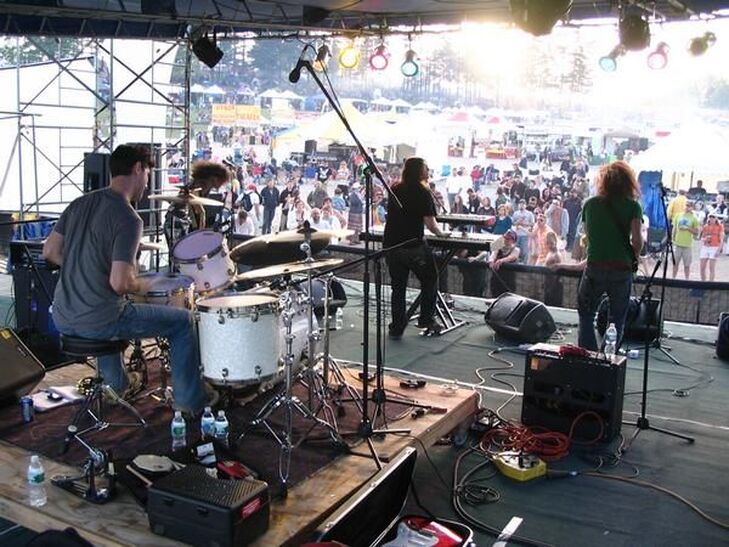 Fat City Reprise started in a cinder block dorm room that had hideous blue paint on the walls and smelled like stale cigarette smoke, old beer, and piss.  That was January 2003.

​Between then and late 2012, we lived 1,000 lifetimes. Played shows in Philadelphia, New York City, Los Angeles, Chicago, San Francisco, San Diego, Columbus, Washington DC, Baltimore, Granville, Athens, Fort Wayne, Omaha, and a bunch more, probably some places that we have smoked out of our brains (except Jay.) We were on TV, newspapers, magazines, live on the radio, studio tracks on the radio, nightly news.  We opened for The Flaming Lips, The Roots, The Wallflowers, Ekoostik Hookah, Spin Doctors, Hanson, Sister Hazel, Audra Mae, De La Soul, the Goo Goo Dolls, Halestorm... it was a wild ride from that smelly blue room to a weekly residency at the House of Blues on Sunset Strip. Looking back, it's unbelievable that it was only nine years because it felt like thirty.

​If you found this website from a random sticker, we're not slinging guns anymore but I have compiled this stuff so it's in one place for all of the people who were there when it happened, so they have a place to remember us because we'll always remember them.

Fat City Reprise was a rock band from South Philadelphia.

​Photography by a million people

​If anyone has Fat City Reprise memories, photos, or audio they don't see here that they would like to share, hit us up at
Nick@FatCityReprise.net
Site powered by Weebly. Managed by SiteGround